Though the spending plan tabled Thursday earmarks $3 billion in new infrastructure money — with a $137 billion total over the next decade — that will be spread across the province for existing projects like hospital maintenance, childcare centres, transit and even a ferry.

While that fresh cash will in part top up existing Greater Toronto Area projects, including the GO Transit regional expansion, the budget is mum on dollar signs for proposed Toronto transit lines like the Eglinton West light rail and the budding SmartTrack plan.

The budget does note the city and transit agency Metrolinx continue to discuss the layout of SmartTrack, which would run on rail lines used by GO trains.

NDP Leader Andrea Horwath criticized the lack of details on future Toronto transit expansions, such as light rail on Sheppard and the waterfront.

“What’s worrisome is a lack of commitment on timelines for getting these things done,” she said.

Speaking to reporters, Finance Minister Charles Sousa boasted that the previously announced $15 billion in Toronto-Hamilton area transit spending is the biggest on record.

The budget also says dozens of new trips are planned for this year on the Milton, Richmond Hill, Stouffville, Kitchener and Barrie GO train corridors.

On the housing file, an injection of $178 million over three years into the Liberal government’s existing affordable housing strategy will go in part to assistance to those fleeing domestic violence (a $2.4-million pilot) and homelessness outreach ($45 million).

That leaves more than $100 million to spare, but details on just where that will go — and how much will reach the GTA — aren’t due until spring. The budget says it will support 1,500 new supportive housing units providing assistance to those with disabilities and other needs.

In a statement Thursday night, Mayor John Tory said the city will work with Queen’s Park on allocation of the new supportive housing. Tory added that he will continue to call for Toronto to get its “fair share of funding” from the provincial and federal governments.

One Toronto councillor wasn’t happy at the lack of any new money for community housing.

Joe Mihevc wants the province to step up and commit to covering one-third of the $2.5-billion total Toronto Community Housing repair bill — a commitment he called “the absolute bare minimum.”

They didn’t, but he is hopeful the city will get some funds from the additional $178 million.

“The details of their 178 need to come out clearly as to whether some of that can be applied toward the backlog,” he told Global News.

“One lives in hope that the 178 grows and grows substantially, perhaps in conjunction with federal commitments,” he added.

“But at this point one can’t but be disappointed.”

The chair of the city’s affordable housing committee, while welcoming the supportive housing pledge, also called for the two higher levels of government to commit more funding to housing.

“I look forward to the province playing a greater role in the repair of social housing, expanding housing benefits, and the creation of new affordable housing as part of the province’s upcoming update of Ontario’s Long-Term Affordable Housing Strategy,” Coun. Ana Bailao said in a statement.

Tory has made clear the city is ready to act quickly on any new infrastructure funding.

The provincial budget also reheated some recent promises to help legitimize the sharing economy – including heavyweights Uber and Airbnb.

Meanwhile, it repeats an initiative announced last week to educate Airbnb renters of their obligation to pay taxes and follow consumer laws. Broader consultations on the fast-growing and disruptive sharing economy are also coming.

And it says the province will tweak the way property taxes are calculated to help municipalities make up for money lost in rate appeals. 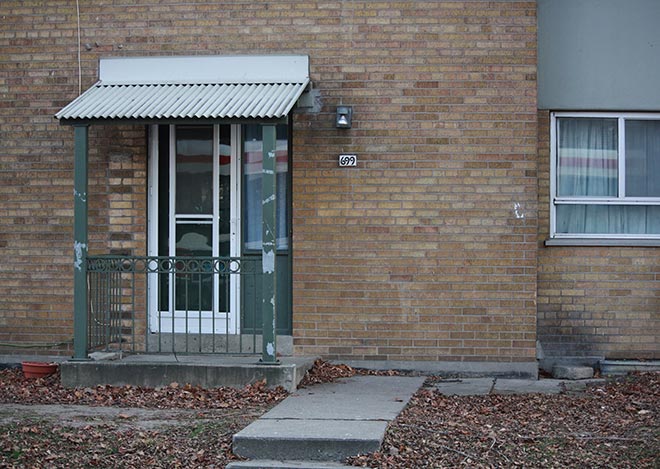